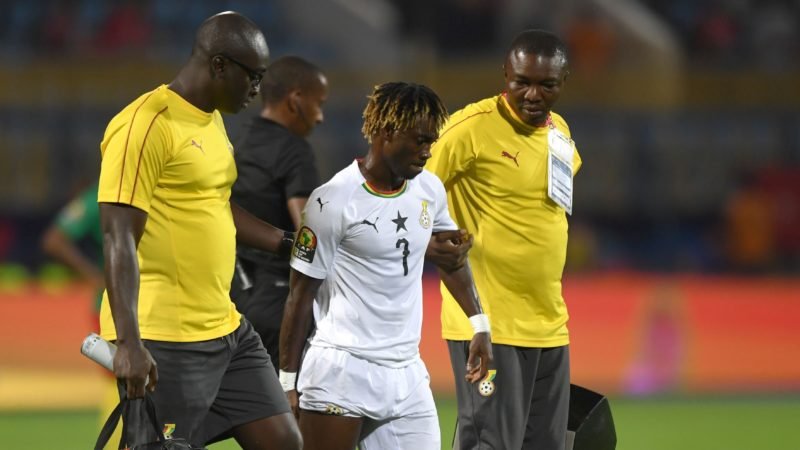 Eleven Wonders coach Osei-Fosu has not been paid since March

Ghana winger Christian Atsu has reportedly retired from the Black Stars over neglect by the Ghana Football Association (GFA) when he suffered an injury in national team colours.

Atsu sustained an injury when Ghana drew goalless against Cameroon in the 2019 Africa Cup of Nation staged in Egypt.

He was sidelined lined by the injury for several months and he lost his starting berth at Newcastle.

It is understood Christian Atsu who is not happy has told the new Black Stars coach CK Akonnor that he will not be available for selection.

This explains why Christian Atsu wasn’t invited for Ghana’s for the double header against Sudan in the 2019 Africa Cup of Nations qualifiers.

Atsu was one of the players who were visited by CK Akonnor during his European tour, before named his final Black Stars squad for the Sudan clash.

Christian Atsu has been an integral part of the senior national football team of Ghana since making his debut in 2012 against Lesotho.

He has represented Ghana in three Africa Cup of Nations and in 2015 he was voted the best player of the continent’s showpiece staged at Equatorial Guinea.

He was also part of the Black Stars team that played in the 2014 FIFA World Cup staged in Brazil.

Eleven Wonders coach Osei-Fosu has not been paid since March

Dede Ayew Remains Discreet On His Future In The Football World.

GREED AND WICKEDNESS WILL KILL US BEFORE COVID-19 DOES